Technology and mental health often don't mix, but Deep VR is trying to change this. This company is attempting to use virtual reality to improve your mental health.

The gaming industry has been growing at an accelerated rate for over a decade and shows no signs of slowing. A recent report from Global Data predicted the industry to hit $300 billion by the year 2025.

Industries that grow at such a rate seldom find themselves far from controversy — the gaming sector is no exception. The industry and its main players have been embroiled in several scandals in recent years, its focus on gun violence and the severe levels of burnout experienced by game designers to name a few. While much time is devoted to discussing the damage of the industry, we rarely find a story casting a positive light on the gaming sector.

However, a collaborative team from the Radboud University & the Games for Emotional and Mental Health Lab have created a VR experience, called Deep, designed to help those with poor mental health and anxiety to take better control of their symptoms.

Deep VR is designed to teach its users emotion regulation techniques in a beautifully designed virtual reality world. Within this world, players can control their movement by adapting their breathing. It has shown particular use in patients with anxiety, a mental state in which controlled breathing has shown positive results.

Project owner, Owen Harris, originally developed the tool for his personal use. Like many, Owen has suffered from anxiety and bouts of depression. He sought to create his digital paradise, a place to escape from the strain of reality.

After showing his concept at an Arts festival in 2014, he was introduced to Niki Smit, who is now lead art director on the Deep project. The combination of Owen’s conceptual brilliance and Niki’s artistic talent, alongside the support of their wider team, has created a beautiful VR experience in which users can escape.

However, the benefits go beyond the cinematic VR world. The real secret to Deep’s ability to improve mental health is its specially designed controller.

The custom controller measures diaphragm expansion in order to sense deep breathing. This information is fed back to the player in a variety of visual cues, intimately linking their consciousness and breath. The environment’s layout gently encourages the player to slow their breath, to sink deeper and relax. It can be played for therapeutic or aesthetic reasons, and does not require the use of arms, legs or hands. 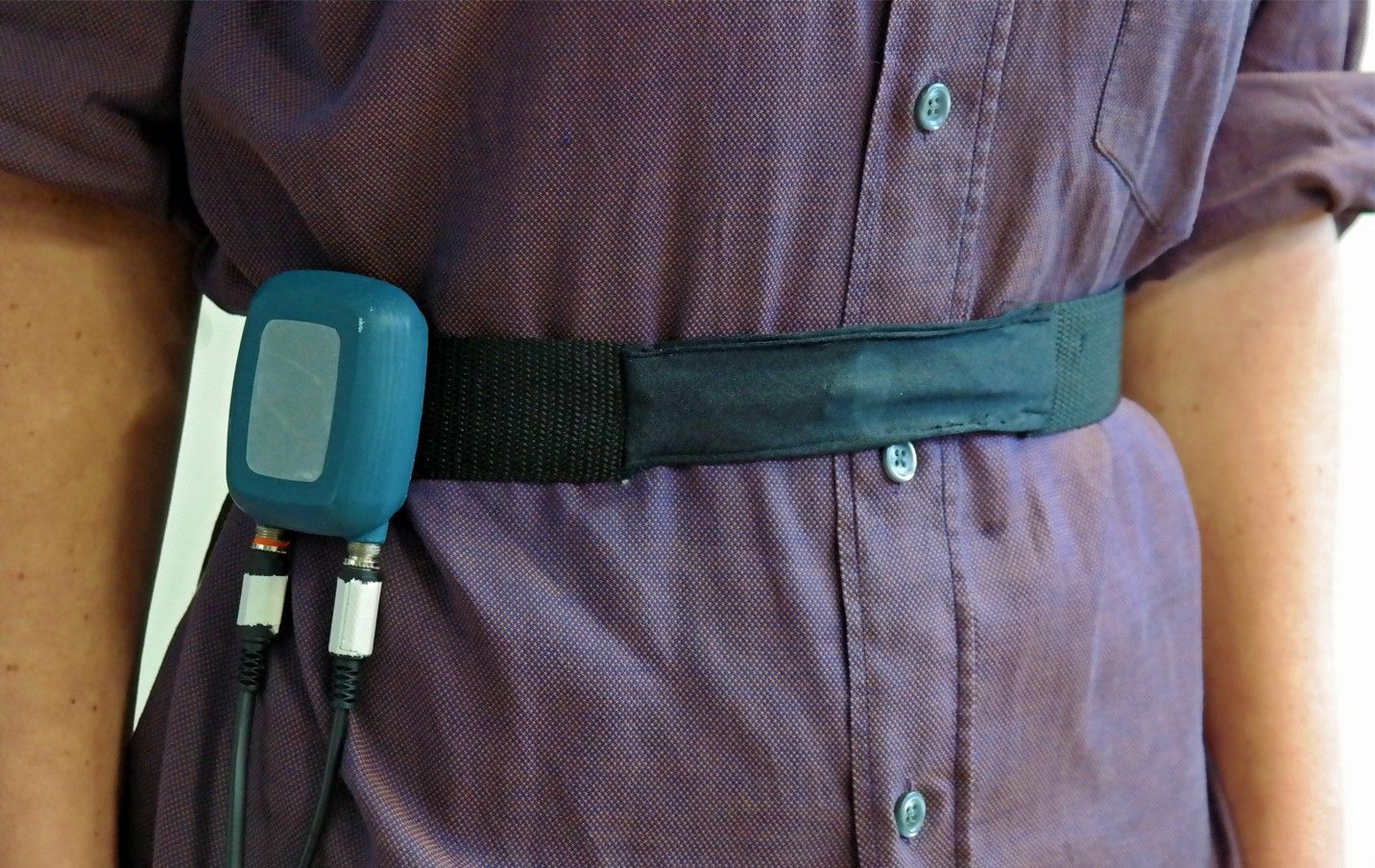 In simple terms, the controller measures your breathing — shallow or deep, rapid or slow. The game is designed to adapt to this input to encourage the user to breathe slowly and deeply. This form of breathing it the basis of meditation and is used extensively in mindfulness courses.

Many believe that mindfulness is the next health revolution, with the most recent being the proliferation of physical health, particularly in younger generations. Some have gone as far to state that mindfulness centres will be incorporated into the gyms of the future, allowing customers to regenerate their mental health, as well as physical. Perhaps the Deep VR experience will become a part of this reality.

Deep highlights an interesting use case for VR within healthcare. While much focus is based on personal entertainment, virtual reality techniques have tremendous applicability within the medical world.

The application of such worlds in the treatment of mental health could prove of particular interest. This modality of treatment, when combined with monitoring of the patients’ vitals, could prove a novel way to treat anxiety and depression. If such tools can incorporate effective techniques, such as cognitive behavioural therapy and mindfulness, then they could prove an important adjunct to conventional therapy.

As this experience develops, independent research is required to ascertain whether the game is an effective form of treatment, as well as which groups are likely to benefit most. We may find that such tools are useful for those exhibiting mild symptoms related to life stress, but not so effective in the treatment of clinical depression and anxiety.

But in an industry awash with controversy, it is refreshing to find a positive role for VR in healthcare therapeutics.