How A Pulse Oximeter Works

Pulse oximetry has been used in medicine for some time, but since the coronavirus pandemic, the public has been starting to use them more frequently to measure their own oxygen saturation. A pulse oximeter effectively tells us how much oxygen is in our blood at any one time.

To understand how pulse oximetry works, we need to first understand how oxygen is carried around your bloodstream. Oxygen is absorbed through specialised membranes in the lungs and diffuses into your blood, however, oxygen does not simply float around in our bloodstream. In order for it to be effectively transported to the tissues, it binds itself to haemoglobin.

When haemoglobin has oxygen bound to it, it is called oxyhaemoglobin (O2Hb) and when there is no oxygen bound, it’s called deoxyhaemoglobin (HHb). Pulse oximetry is based on the principle that O2Hb and HHb absorb red and near-infrared (IR) light to different extents. 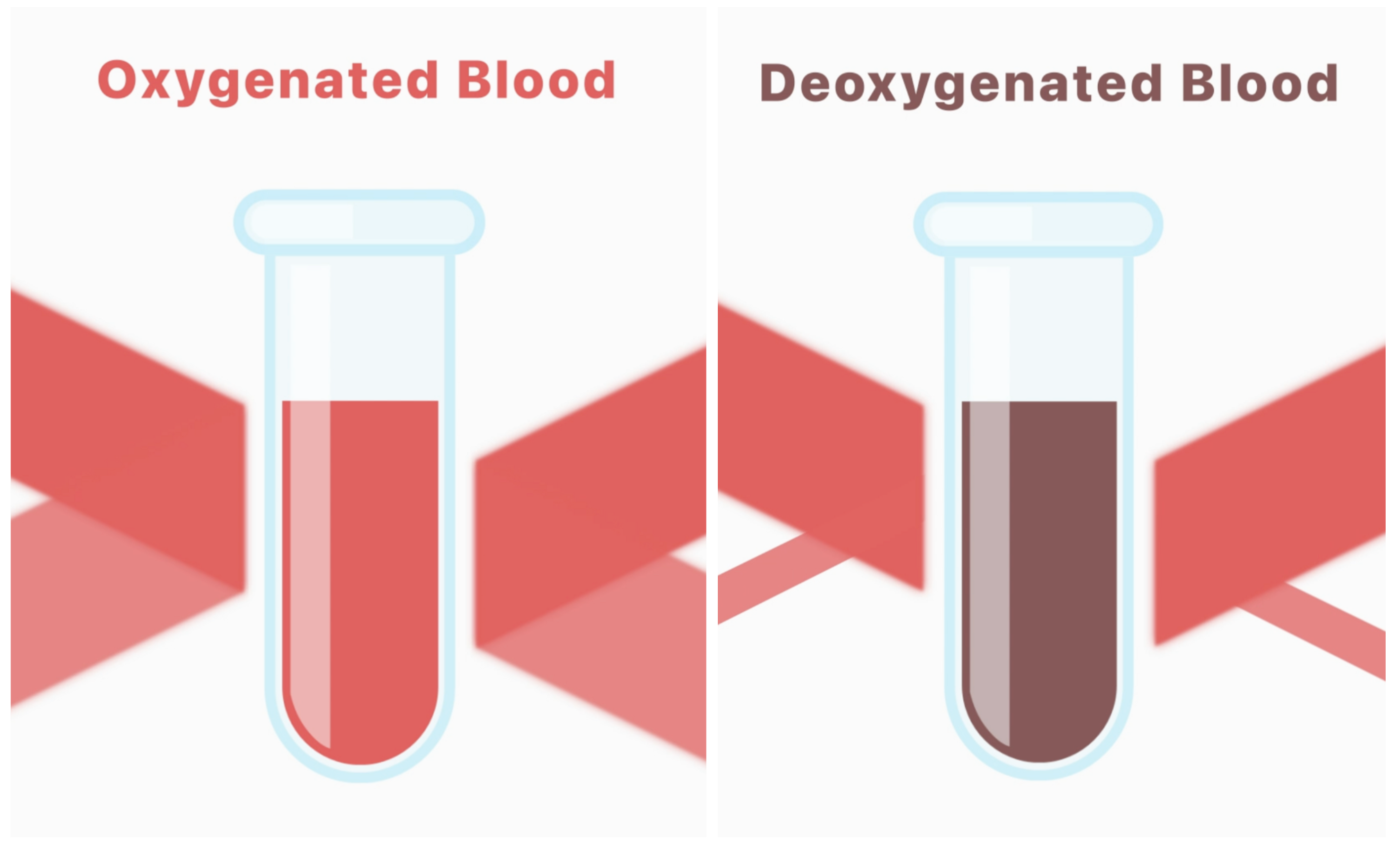 It’s a fortunate scientific coincidence that haemoglobin has these properties because red and near IR light penetrates the skin and soft tissue much better than more other forms of electromagnetic radiation of around the same wavelength. 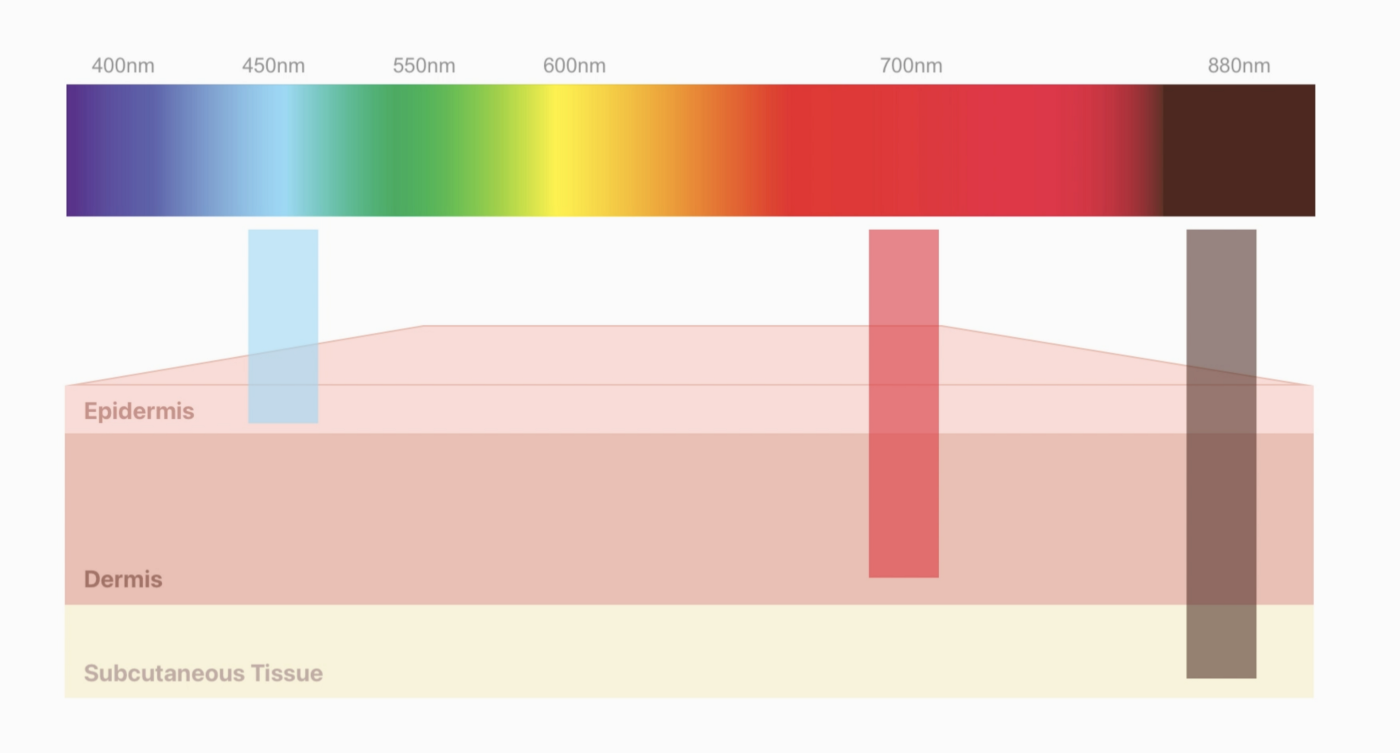 Pulse oximeters exploit this difference in absorption profiles to detect the level of oxygenation within the blood. Pulse oximeters emit two wavelengths of light, red light at 660 nm and near-IR at 940 nm from a pair of small light-emitting diodes located in one arm of the finger probe. The light that is transmitted through the finger is then detected by a photodiode on the opposite arm of the probe. From this, the probe can calculate the relative amount of red and IR light absorbed and this is used to ultimately determine the proportion of Hb bound to oxygen. 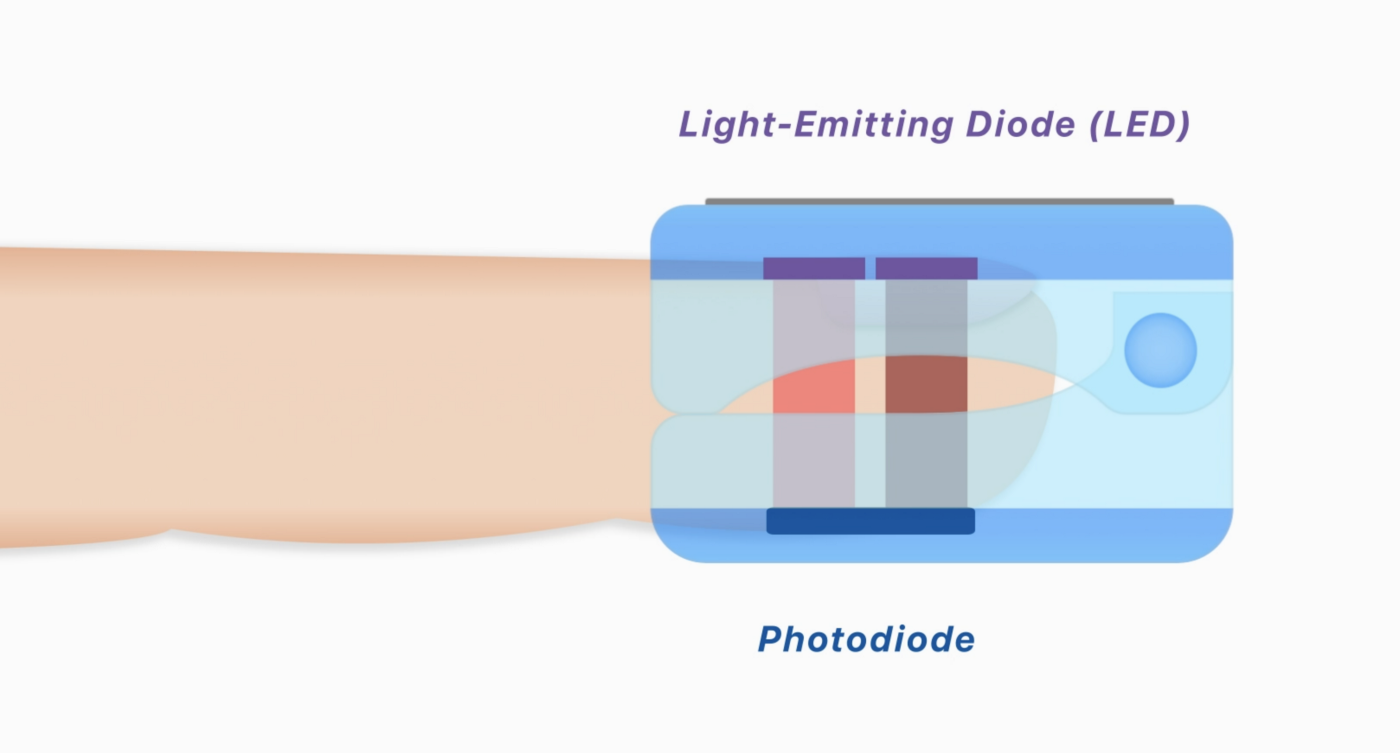 The ability of pulse oximetry to detect SpO2 of only arterial blood is based on the principle that the amount of red and IR light absorbed fluctuates with the cardiac cycle. This is because the arterial blood volume increases when the heart contracts, because the heart is pumping oxygenated blood to the peripheries, and similarly decreases when the heart relaxes. Whereas the blood volume of your veins and capillaries remain fairly constant throughout the cardiac cycle.

A portion of the light that passes through tissues without being absorbed strikes the probe’s photodetector and, accordingly, creates signals with a relatively stable and non-pulsatile “direct current” (DC) component, as you can see here, as well as a pulsatile “alternating current” (AC) component (Fig. 1A). The former is due to blood flow through the veins and capillaries, which have a fairly constant volume throughout the cardiac cycle, and the latter is due to the pulsatile nature of the arteries.

Pulse oximeters use the amplitude of the absorbances to calculate the Red:IR Modulation Ratio (R).

At low arterial oxygen saturations, where there is increased deoxyhaemoglobin, the relative change in amplitude of the red light absorbance due to the pulse is greater than the IR absorbance, (i.e., Ared,AC > AIR) due to the fact there is less oxyhaemoglobin to absorb the infrared signal. This results in a higher R-value; conversely, at higher oxygen saturations, more IR light is absorbed, and so the R-value is lower.

A microprocessor in pulse oximeters uses this ratio (calculated over a series of pulses) to determine the SpO2 based on a calibration curve that was generated empirically by measuring R in healthy volunteers whose saturations were altered from 100% to approximately 70%.

Because of this, SpO2 readings below 70% should not be considered quantitatively reliable, although when your patient has saturations anywhere near 70%, the last thing you need to do is have a scientific debate on the accuracy of your equipment.

Because pulse oximeters rely on the difference in absorption between a pulse and resting state, then it is important that the area you’re testing has good perfusion of the tissue. Often if a pulse oximeter is placed on someone with very cold hands, you will get a saturation much lower than expected, because not enough oxygenated blood is reaching the peripheries. This is due to a process called vasoconstriction, where your blood vessels in your peripheries contract to ensure that your core temperature remains at an appropriate temperature.

In these circumstances, in hospitals, we use an ear or forehead probe, as the effects of vasoconstriction are much less pronounced in these areas. We can see wider use of pulse oximeters in wearable technology. A well-known example being the saturation monitor in the new apple watch. Outside of Covid-19 where the benefit is obvious, I’m not sure how useful integrating saturation monitoring into consumer technology is.

Yes, it’s something we use very commonly for our patients when they’re unwell and can be a very important metric when monitoring for a deterioration in their condition. But, if someone doesn’t know the optimum ways to measure oxygen saturation, as well as the possible confounding factors in getting a reliable reading, then it may cause more problems than it solves, by creating more health anxiety.

Though I don’t think this is going to change, and it’s likely we’re going to see more and more health metrics tracked in wearable tech as people become more health-conscious in general. This is not necessarily a bad thing — being health-conscious is a good thing, but when this stems into health anxiety, we start to create a problem. We’ll need to figure out a balance as we begin to track more health metrics outside of hospital environments, to ensure we don’t create more problems than we solve.